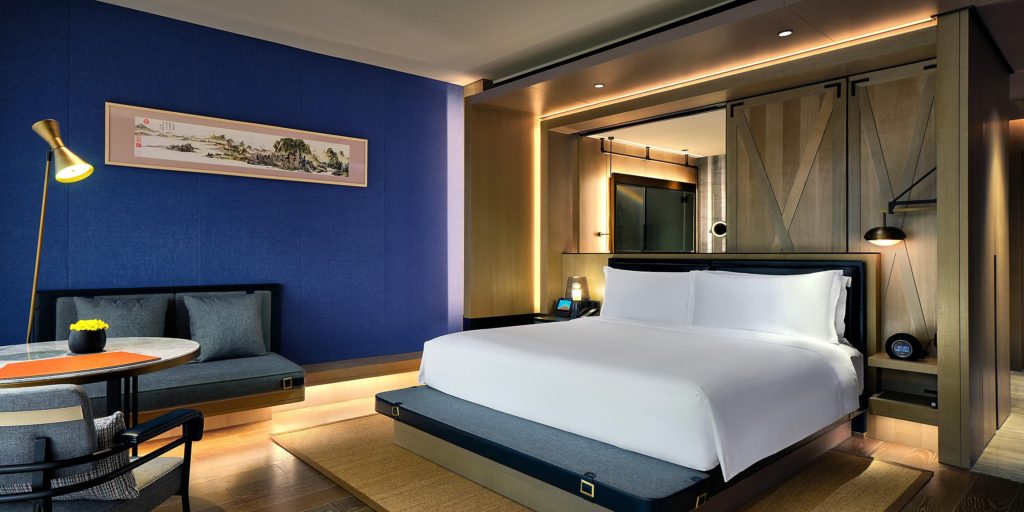 P C Henderson’s sliding door hardware has been specified for the world’s first underwater quarry hotel located in Songjiang Shanghai, China. The Intercontinental Hotel Shanghai Wonderland, which was opened in October 2018, is being hailed as a modern architectural wonder of the world. Built onto the side of a 289 foot deep, water filled quarry, the five star luxury hotel took ten years to build and boasts 337 rooms across 18 floors, 16 of which are technically below ground and two underwater.

The Intercontinental Shanghai Wonderland, or deep pit hotel as it is often known, has been built in a way that pushes the limits of interior design. A system was required which could help to create a number of open plan bedroom and bathroom designs. Open plan rooms are an increasingly popular trend within the luxury hotel market - as developers aim to create a unique and modern living experience which visitors are unable to achieve at home.

P C Henderson’s Husky Telescopic system was specified for 314 of the rooms in order to create two large movable walls between the bathroom and bedroom. The telescopic formation of the doors allows for a modern, open plan design whilst still ensuring that the bathroom can be completely closed off when privacy is required. P C Henderson’s Husky Simultaneous Action kit was also specified for 44 of the rooms which required bi-parting doors in order to separate two rooms.

Designed by British design firm Atkins – the company behind the famous Burj Al Arab hotel in Dubai – the state of the art hotel is part of a new wave of ambitious architectural projects being carried out in China due to an increase in economic growth.

The £225 million hotel has been designed with a number of eco-friendly principles – geo thermal power and solar power generates energy for heat and lighting whilst the pond in the base of the quarry cools the air which is then drawn into the building as natural air circulation.

P C Henderson’s growth into the Chinese hotel market have seen a significant upturn recently as developers request only the highest quality hardware for the new wave of prestigious hotels being developed. 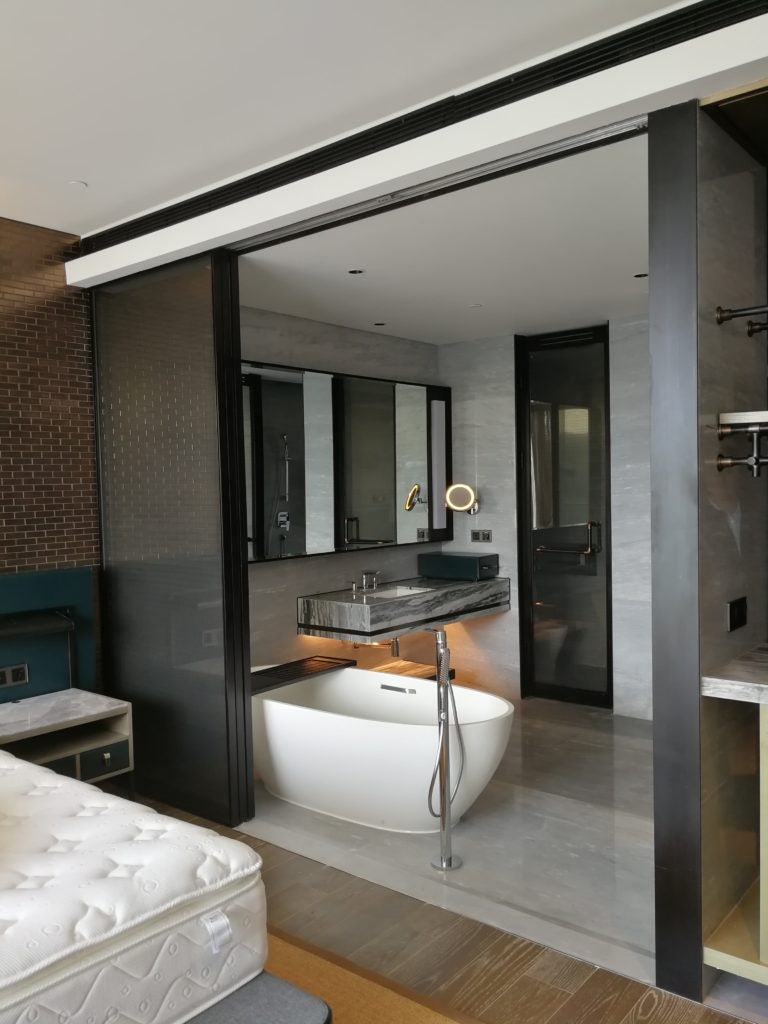 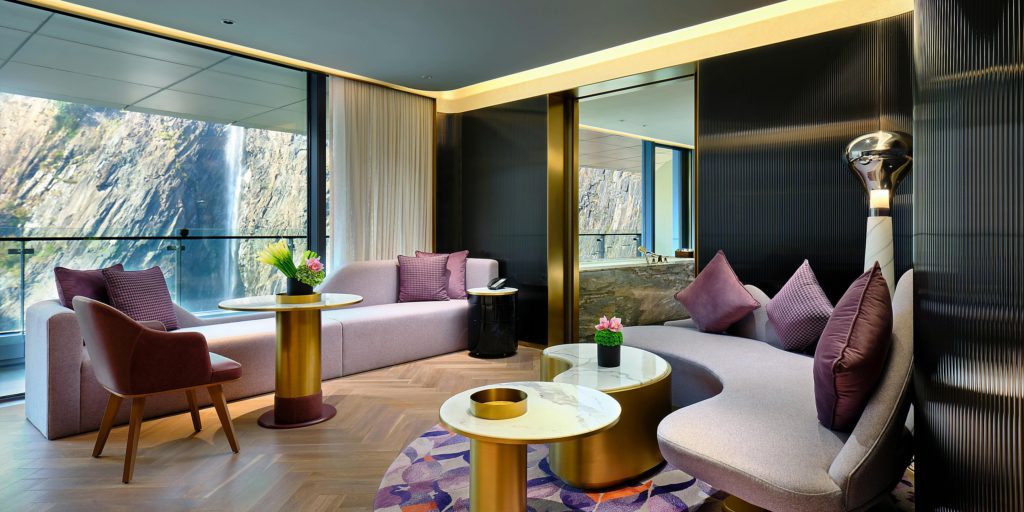 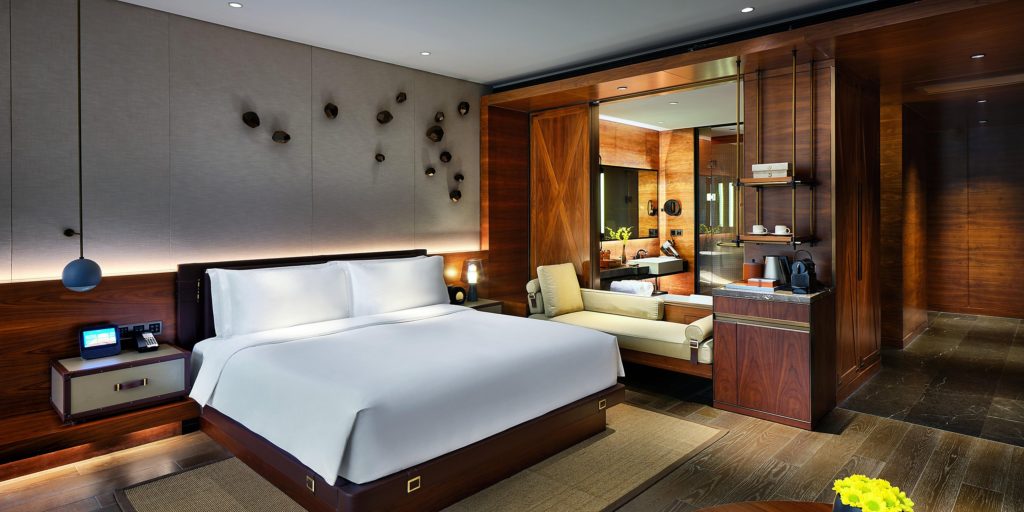 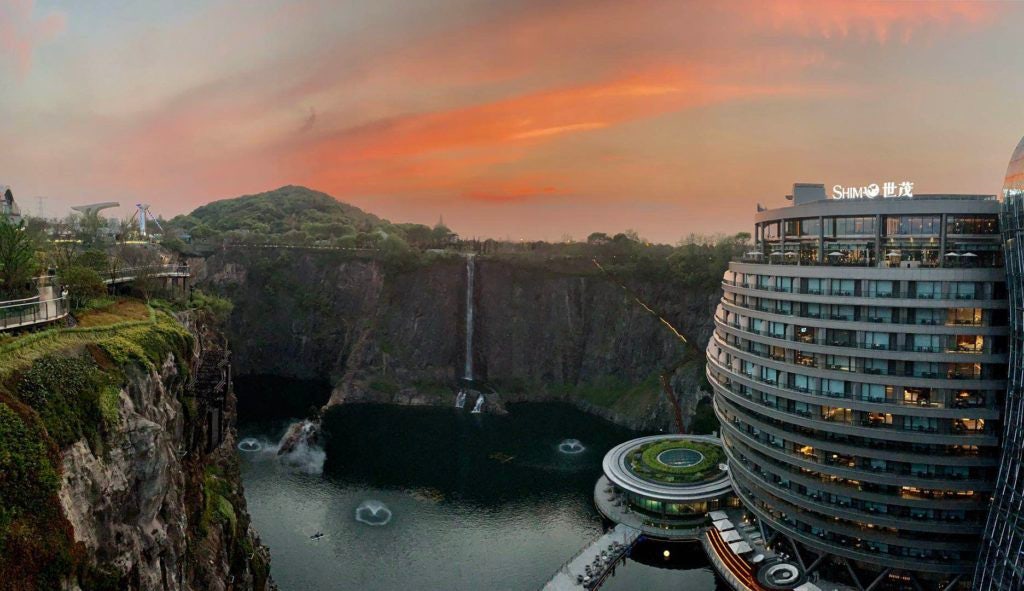 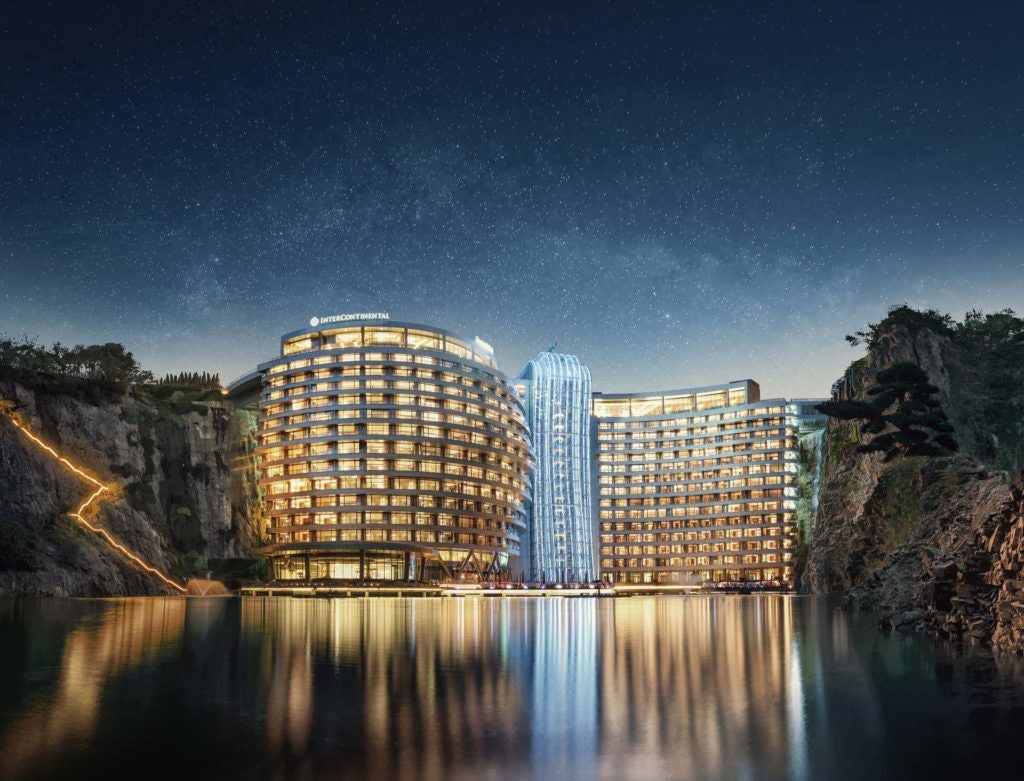