Stretching 18 miles along the South coast of England, Chesil Beach lies at the heart of the Jurassic Coast, which is a recognised UNESCO World Heritage Site.

Built to raise awareness of the unique and sensitive nature of the beach, the visitors centre is a knowledge hub where people can learn more about the beach, as well as a space for educational visits by schools and tours.

When the decision was made to expand the original building, the project brief demanded a low impact building that would be in keeping with the extremely sensitive ecological location - whilst also meeting budgetary constraints. A strong emphasis was placed on utilising durable, naturally finished materials that would require minimal maintenance. Along with this, the centre is heated via ground source heat pumps and there was also a stipulation for the use of locally sourced sustainable construction products, which could endure the hostile coastal climate.

Specified and supplied by Spiller Architectural Ironmongery, P C Henderson’s Stainless Steel 301 sliding door hardware was identified as the best solution to effectively move the external stainless steel and timber shutters covering each of the centre’s window and door openings. The shutters were a key part of the build as they ensure that the building is protected from winter storms, particularly as waves can quite often break over the roof of the building. A number of the new centre’s windows are extremely large, so another important necessity was to install hardware robust enough to carry and slide the huge, heavy shutters, but be light enough for the volunteers working at the centre to open and close effortlessly. Due to the system being manufactured out of 304(A2) grade stainless steel, the hardware also offers the highest levels of corrosion resistance, ideal for this coastal location. 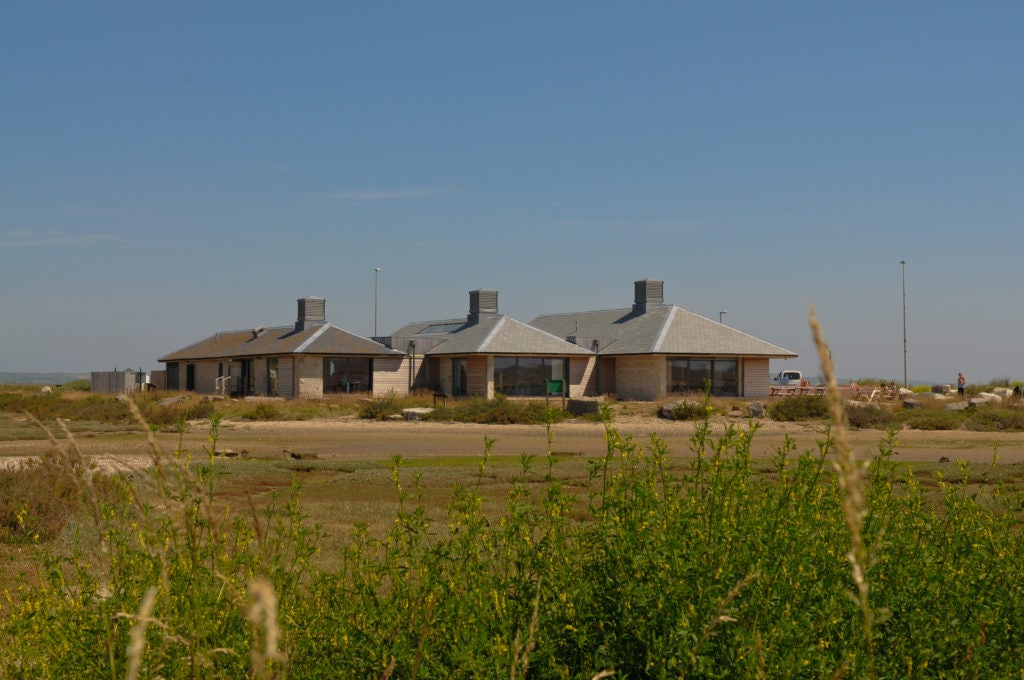 James McGillivray, Director at NVB Architects, commented: “P C Henderson’s Stainless Steel 301 hardware was the only system we found to have the duty and grade of stainless steel capable to cope with the weight of the shutters and the aggressively corrosive coastal environment.

“Aesthetics also played an important role when it came to the systems used. The specified hardware had to be sympathetic to the low key building in a prominent location. Another consideration was installing hardware that would be tough enough to resist vandalism and burglary, which the 301 system does very well.”

Mike Trowbridge of Spiller Architectural Ironmongery, said: “We have specified PC Henderson sliding door gear for many years. The 301 system really ticked all the boxes when it came to meeting the design brief provided. Working closely with NVB Architects and the main contractor we ensured that from specification to installation we provided all the technical support and back up required.”

Interestingly, the site where the visitors centre sits was a test ground for the bouncing bomb during World War Two. This meant that a site survey for unexploded ordnance had to be done before construction began. The building has also featured prominently in the BBC2 Horizon programme, “The Lost Tribes of Humanity” presented by Dr Alice Roberts, who spent a lot of time drawing diagrams on the windows.