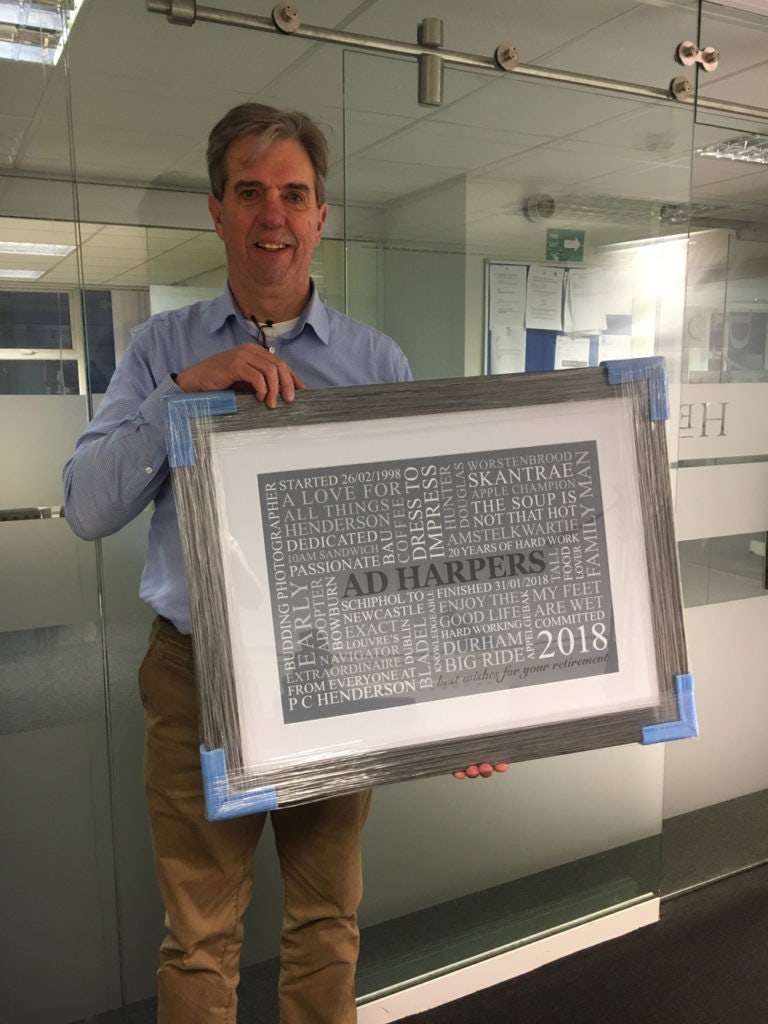 Our Managing Director of P C Henderson Holland, Ad Harpers, visited the UK branch yesterday to say his farewells to the team before he retires at the end of January.

Joining the company in 1998, Ad’s enthusiasm, passion and love for all things Henderson have been an invaluable asset to the company for almost 20 years.  Ad has been responsible for some major projects during his time including a large louvre project in Amsterdam which has seen P C Henderson go on to be specified for a number of similar projects.

A small presentation was put together where Ad was presented with his leaving gift – a personalised print of memories, personal qualities, projects and ‘Ad-isms’ from his time at P C Henderson.

Ad will be greatly missed but we wish him a very long and happy retirement.